Where to do axe throwing in Barcelona 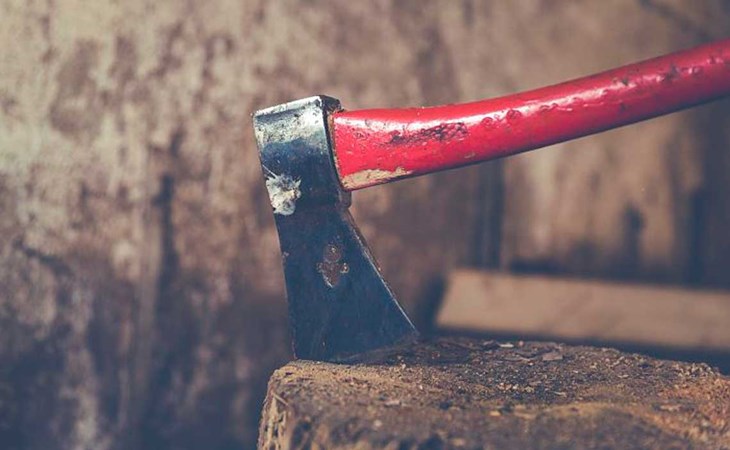 The popularity of action series such as Game of Thrones or Vikings has popularised axe throwing in Barcelona. A sport that’s comes directly from the United States and Canada and is here to stay. Barcelona boasts a very special place to practice it, Barcelona Axe Throwing.

What is axe throwing?

This discipline is a game of precision and concentration that unites archery and darts. The essential elements to play this game are an axe, which can be of different forms (for example, a tomahawk), and a target. The goal is to drive the axe into the highest score of the target. As in archery and darts, the highest points are located in the centre.

It is practiced in a venue that complies with the necessary security and protection conditions and before each session participants receive a tutorial to learn the most appropriate security measures, ensuring the experience is completely safe.

Today, axe throwing can be practiced in many countries, including Spain, but it has not been so throughout history, since it originated in a very specific geographical region.

The origins of axe throwing

This sport has its origins in the pastimes of lumberjacks from the United States and Canada.

It was also a very popular sport among the first American settlers. They organised tournaments in the city where they came to market to distract themselves during their free time.

In our time this tradition has become popular in both countries and has passed from a way to kill time for lumberjacks to a legitimate sport with strong roots among the population. In Canada, 100,000 fans practice it and in the United States it has thousands of practitioners and different tournaments promoted by an association that organises a world league.

Thanks to the success of the sport in these two countries, a few years ago it started making its way to Europe and has begun to be practiced in the north.

It has recently arrived in Spain with different locations in the most important cities. In Barcelona you can practice it at Barcelona Axe Throwing.

Barcelona Axe Throwing, the only place to practice axe throwing in Barcelona

Very close to the main tourist points of the city, in the heart of Barcelona, a few meters from Plaça Catalunya, Les Rambles and the port, you’ll find the ideal place to have a great time with your friends.

In this leisure centre you can play with colleagues and have a blast with one of the trendiest sports in the world. Whether you’re a small group of friends or a larger group (up to 45 people), you can count on living an unforgettable experience.

In addition, you can train and compete in these facilities, as the centre is associated with the World Axe Throwing League.

This league was founded in the United States to promote sports practice and urban axe throwing competition worldwide.

And to rest after an exhausting day, you’ll find the Barcelona Pere Tarrés hostel, next to Plaça del Centre and Sants Estació metro stop, on Line 3 (green).

Do you want to master the technique of axe throwing like Khal Drogo or Diane Lockhart? Live new sensations in Barcelona with this awesome game imported from the United States and Canada!