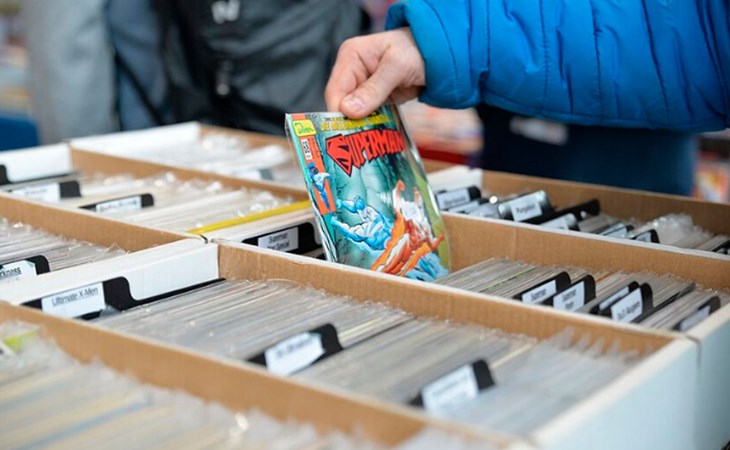 When we think of specialty stores, the famous Geek Triangle of Barcelona comes to mind. It’s the best place in the city for fans of science fiction, such as tv like Star Wars, Star Trek, Dragon Ball Z, and anime, as well as video games, comic books, and role-playing games,

However, there’s an increasing number of other activities and specialty stores popping up in the Catalan capital, which also fall under the geek umbrella, such as scale models, model making, and magic.

So, if you're someone who takes pleasure in a really specialised hobby, you're in luck!

These are some of the most weird and wonderful stores you can find in Barcelona:

As we mentioned, one of the best areas in Barcelona for fantasy fans is the Geek Triangle. It's located in the zone which encompasses Passeig de Sant Joan, Ronda de Sant Pere, and Arc de Triomf.

However, over the last few years, another area full of fantasy stores has also become very fashionable. Colloquially it's known as the Geek Camden, and it's situated inside the Galeries Maldá in the heart of Barcelona.

The space was previously vacant and has now become a fascinating corner where you can find all kinds of stores: shops inspired by different tv series; magical spaces; and even a geek supermarket!

Many Barcelona geek stores are thematic and focus on some of the most significant tv and movie franchises, such as Harry Potter or Game of Thrones, and others offer wares aimed at other audiences or people with really specialised interests.

You can find stores such as the Costurero Real, a space which sells clothing, jewellery, and accessories inspired by the fantasy world; or Magic Cube, a store where you can find the city's largest offering of Rubik's Cubes, ranging in difficulty so that you can really test your skills.

Finally, you can't pass through this area without visiting the Super Friki Market. This is the first geek supermarket in Spain, where you're sure to make the most unique purchase of your life. Among other things, there are bottles of Valyrian Fire for fans of Game of Thrones, or Duff beers for those who can repeat any Simpsons episode by heart.

Specialty Stores in Barcelona: Other Hobbies

Barcelona also has a large variety of stores that you're sure to be amazed by, based around hobbies like magic.

In the city centre, you can find the Selecciones Mágicas store, one of the oldest magic stores in Europe. You'll be astounded by the huge number of magic tricks that exist, and, if you're passionate about magic, you can also visit Magicus nearby which, as well as its wide range of products, also offers courses in magic.

On the other hand, if you're more into model making, don't miss out on the opportunity to visit Hobby Models in calle de Galileu, in the Sants neighbourhood. This is a model store where you can find models of all kinds: antique toys, boats, paintings, etc.

We're all weird in our own way; different strokes for different folks! So, don't miss out on your chance to experience something special.

Make the most of your visit to the Catalan capital with accommodation at the Barcelona Pere Tarrés Youth Hostel, and find some real adventure in this magical city!