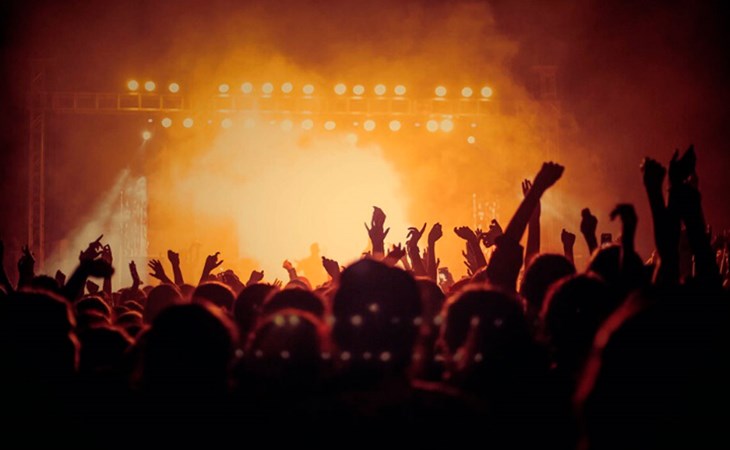 One of the great advantages of being in Barcelona is that the city constantly plays host to some outstanding concerts. In addition, another thing to keep in mind is that in this great metropolis, there is room for all musical styles and genres.

The daily offer of live musical performances is immense, and whatever your musical taste, you shouldn’t miss the opportunity to enjoy a magical night of great music in Barcelona. Thus, in this post we bring you what, according to our criteria, are the most outstanding concerts in Barcelona during 2020.

During 2020, some of the world's greatest music legends will grace the stages of the top venues in Barcelona.

Starting with a tribute to one of the great Spanish artists of all time, Raphael, who will perform at one of the most classy and glamorous festival venues in Barcelona: the Jardins de Pedralbes Festival. The legendary singer will delight spectators with some of the hits of his decades-long musical career in a privileged setting on June 7, 2020.

Only a few days later, on June 17, one of the most important musical events of the year is scheduled to take place in the Catalan capital: this is a one-night only opportunity to hear renowned Beatle, Paul McCartney.

The Olympic Stadium in Barcelona is the venue chosen for McCartney's latest show in Spain. After three years’ absence, the former Beatle returns in style, following the launch of his latest album Egypt Station.

Already into autumn, on Saturday, October 3, the Palau Sant Jordi will host the irrepressible Elton John on his Farewell Yellow Brick Road tour. A great show promising a musical journey through the hits of his musical career which spans half a century.

There are still tickets available to see these three legends, but you’d better hurry as they’re expected to sell out very shortly.

Barcelona will also be the scene for the concerts of some of today’s greatest pop music icons, both Latino stars and international talent. Maluma (March 28), Dua Lipa (April 28) and Camila Cabello (June 30), three of the singers who are currently hitting the headlines around the world, are sure to make Palau Sant Jordi vibrate in 2020.

Not to mention the stream of shows given by this country’s best-known artists over the year, including David Bisbal (May 15) and Dani Martín (October 31), both also in the Sant Jordi, and Manuel Carrasco (June 12) at the Sant Jordi Club.

Finally, 2020 is also a year for some amazing music festivals in Barcelona. Spring Sound 2020 will be held at the Parc del Fórum from June 3 to 7. One of the top festivals on the Spanish scene with both independent and chart-busting artists: Massive Attack, Lana del Rey, Iggy Pop, The National, The Strokes, Amaia, Bad Bunny, Tyler, The Creator are just some of the names on the line-up. Only two weeks later, from June 18 to 20 the Fira de Montjuic, will host Sonar 2020. Although the artists taking part have not yet been confirmed, the festival is a sure-fire winner year after year thanks to a unique format, combining artistic talent and technological innovation.

The offer of music in Barcelona is as eclectic as it is classy. When you visit, there are just two things you can’t afford to miss: enjoying a live musical performance and staying at the Pere Tarrés Youth Hostel, the best hostel in Barcelona.