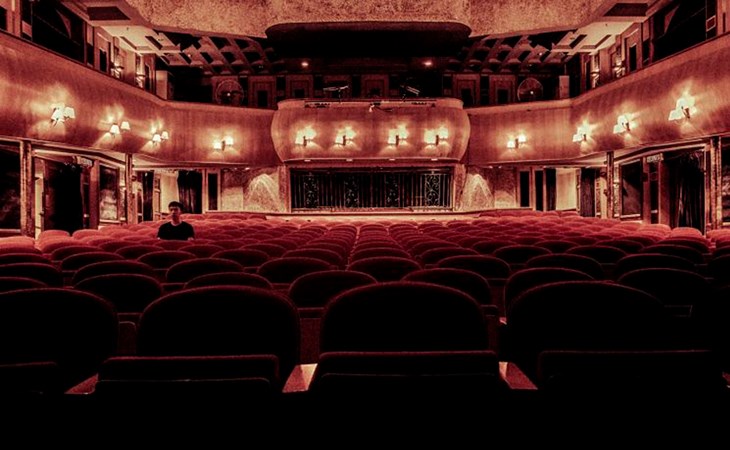 Fantasy and horror movie fans have a must-see event each year: the Sitges Film Festival, an event that brings together the news of a booming genre in our country. This year, the festival will be held from 3 to 13 October in Sitges.

The best news from the Sitges Film Festival 2019

The Sitges festival will offer many premiere films to fans of the fantasy and horror genre. Films from emerging and established film-makers with great stories to tell, bringing high doses of quality to cinema screens.

Out of competition, attendees will be able to enjoy the following feature films: “The Lighthouse”, the latest offer from director Robert Eggers, famous for The Witch; “Lux Aeterna”, by Gaspar Noé, whose “Climax” picked up the Best Film award in Sitges 2018; and Netflix's production "El Camino: a Breaking Bad movie", written and directed by the creator of the series Vince Gilligan.

The festival competition will offer, as per every year, many surprises by known film-makers such as Japanese director Tatsuyuki Nagai, a member of the team of "The Hymn of the Heart", screening "Her Blue Sky"; "Corporate Animals", by Creep director Patrick Brice; or “After Midnight”, by Jeremy Gardner and Christian Stella, among others.

Jaime Lannister, from Game of Thrones, will visit the Festival

The actor Nikolaj Coster-Waldau, who embodied the character Jaime Lannister in Game of Thrones, will introduce the world premiere of "Suicide Tourist", the new film by director Jonas Alexander Arnby, known for "When The Beast Wakes Up."

Attendees will have an excellent opportunity to meet in person one of the great stars of Hollywood and one of the protagonists of one of the most television successful in recent times.

The Sitges Festival is a cult event, uniting genre experts at national and international level, but it doesn’t just focus its attention on contemporary film. It also pays homage the older glories such as Charles Band, who this year will receive special recognition.

Charles Band will receive the Time Machine award and a retrospective

The horror film producer and director Charles Band, who stood out for being one of the most exuberant producers of Series B Hollywood in the 80s and 90s, will be recognised with a Time Machine award for his professional career.

Band has a hundred horror, science fiction, fantasy and comedy films to his name. In the Brigadoon section some of the most outstanding titles of his filmography will be screened, both as producer and director: Creepozoids (1987), Demonic Toys (1992), Head Of The Family (1989) and The Creeps (Deformed Monsters) (1997).

All these features and much more are worth a visit, and all the information can be found on the official website of the Sitges festival. So, if you are fond of fantasy and horror movies, don’t miss this opportunity!

If you wish to attend the festival and save money, we recommend you stay at the Pere Tarrés Barcelona hostel. It is located next to Sants station, where you can catch a train to Sitges every day. Every ten minutes an R2 line train passes, with a stop in the city. It couldn’t be easier!

The Sitges Festival is one of the key events of the year that cinema lovers simply cannot miss.