5 places to visit in Barcelona for free 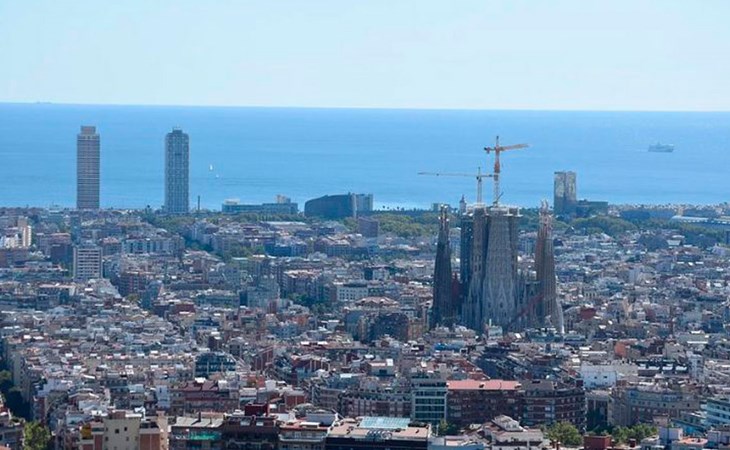 In Barcelona, there are endless opportunities to discover the magic of the city. So, if you are looking to enjoy the metropolis while spending as little as possible, here we offer the best places to visit in Barcelona for free, which are great to be enjoyed without spending any money!

Barcelona is widely known for its traditional Mediterranean cuisine. A good way to fully explore the city is to taste the best dishes and culinary delights, and the best is that you can discover this gastronomic variety for free in the markets.

The most emblematic market of the city is the Boqueria Market, located on the Ramblas. However, it is gradually focusing on tourism. If you want to discover markets that still maintain their traditional essence, we recommend the Mercat dels Encants, one of the oldest markets in Europe still working, or the Mercat de Sant Antoni, which has been recently reopened and features some Roman ruins.

Another thing the city offers for free which is an absolute must-see is the show of the Font Màgica de Montjüic. Built in 1929 for the World Expo, it has about 7 billion of possible combinations of water and electricity.

Also, as if that were not enough, it is located in a vantage point: just in front of the Museu Nacional d’Art de Catalunya, from where you can also enjoy the incredible views of Barcelona.

A visit to Barcelona would not be complete without enjoying its beauty from up high. In this sense, the city has two free viewpoints to enjoy the views. The first, located on top of Turó de la Rovira, is popularly known as Los Bunkers. It is a natural viewpoint where you can take 360-degree panoramas—and it also has the remains of an anti-aircraft battery from 1938.

The second, standing 513 meters high, we find Tibidabo. It is the highest peak in the Collserola mountain range. It also has several recreational spaces, such as an amusement park, amongst many other options. However, enjoying them does have an extra price.

Getting lost in the city parks

In Barcelona, there are many urban parks that you should visit. The most popular is the Ciutadella Park, the first public park in the city. However, you also have the option to escape from the hustle of the city walking around the Montjuïc Park. Also, if you want to get lost in a maze of cypresses, visit the oldest historical garden in the city, the park of Laberint d'Horta.

In the end, although most museums in Barcelona charge admission, there are more places to learn about Catalan culture for free. You cannot miss the Palau de la Virreina, which is considered a treasure of the Catalan civil baroque, or the Palau Robert, a neoclassical building with beautiful gardens offering a wide variety of activities.

So, the budget is not an excuse for not visiting Barcelona. There are so many things to do without spending a single euro. And, to make the most of your experience, stay at the Youth Hostel Pere Tarrés Barcelona—it is the best in the city!