10 works by Gaudí in Barcelona that you cannot miss 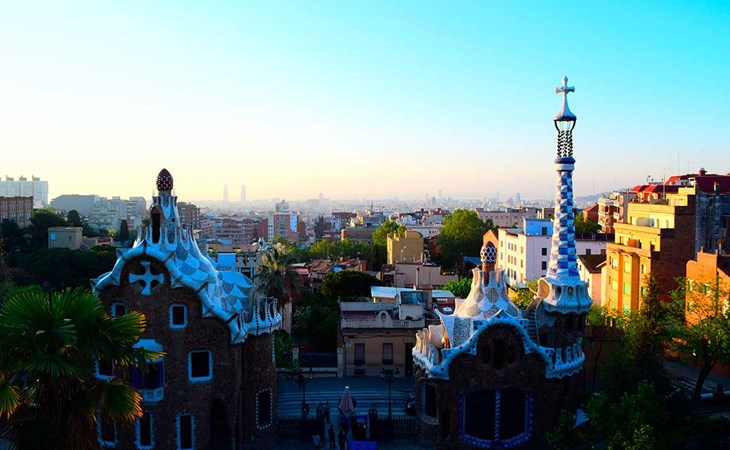 Antoni Gaudí is one of the most important Spanish artistic figures in its history, becoming the greatest exponent of Catalan modernism. The great creative and imaginative capacity of Gaudí allowed him to create impressive works directly in his head and from there transport them later to scale models, and sometimes giving directions on the fly and modifying his projects as the inspiration arose. A truly unique mind.

From the Blog of the Pere Tarrés Foundation, today we will talk about some of the best works of Gaudí in Barcelona.

The best works by Gaudí in Barcelona

The history of Gaudí is closely linked to the modern history of Barcelona, where he lived and died. In addition, he was a very prolific artist, so he left behind numerous works of art with the personal brand of Gaudí in Barcelona. Let's see some of the most important one:

Undoubtedly, the most famous and important work of Antoni was the chapel of La Sagrada Familia, right in the centre of the city. The unfinished cathedral is still under construction to this day, although it is absolutely impressive. A colossal construction that will leave you speechless. You cannot visit Barcelona without visiting it.

Another of his most famous works is Park Güell, which was commissioned by the Catalan businessman Eusebi Güell and is another of the obligatory visits of Gaudí's works in Barcelona. In Park Güell you can walk through dreamy gardens and visit some interesting and famous works such as the salamander and the gardener's house.

Taking a walk through the nautical area you can enter through the Rambla towards Nou Street, where you will find the impressive Güell Palace, the first great work of the architect. As well as its impressive facade, you can see how Gaudí was fascinated by oriental art.

Located in Santa Coloma de Cervelló is another of Gaudí's works in Barcelona financed by Eusebi Güell, the Crypt of Colonia Güell. In this case, the work was built in a later period and the architect was more inspired by the forms of nature.

Another of the most famous works of Gaudí's naturist period is the Casa Milà, also known as La Pedrera. Located on Passeig de Gràcia, it has a very beautiful façade that illuminates the walk during the Barcelona nights.

Passeig de Gràcia is one of those points that accumulates several works by Gaudí in Barcelona. In addition to La Pedrera, you can also find the famous Casa Batlló. Another of his organic works belonging to the naturist stage of the artists, it presents a hypnotic façade and shares space with other important architectural works in the "Manzana de la Discordia".

7 – Streetlights of the Plaça Reial and Pla de Palau

If you want to learn more about the humble origin of the architect from Barcelona, you should direct your steps to Plaça Reial and/or to the Pla de Palau since you will find two of his first works: the streetlights. Both have an elegant and colourful design of even arms. In particular, the streetlight of the Plaça Reial presents at its highest point the winged helmet of Mercury (the Roman god) next to a coiled snake.

One of the most peculiar works of Gaudí in Barcelona is the Bellesguard Tower, also known as Casa Figueres. Located in the mountains of Collserola, it boasts an impressive neo-Gothic style, very popular at the end of the 19th century.

The first serious and important project that Gaudí received was the construction of the Casa Vicens on Passeig de Gràcia, belonging to the Orientalist style. Like other works of the architect, you can marvel at an impressive oriental façade.

10 – Fountain of Hercules and Pergola

Located in the Royal Palace of Pedralbes, the former residence in Barcelona for the Royal Family, there is a curious work: The Fountain of Hercules. Very inspired by oriental art, you can see how it is made up of colourful tiles.