The Castanyada and Halloween in Barcelona 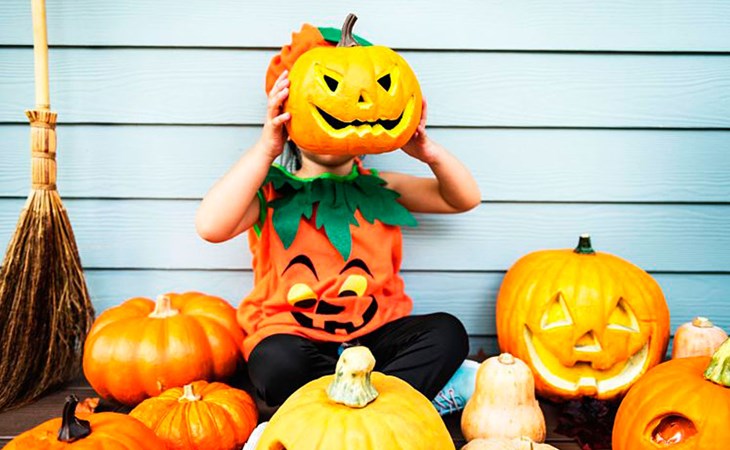 La Castanyada is a holiday celebrated on All Saints' Day, on 1 November, and is part of the Christian tradition. In the eighteenth century the bell-ringers rang the bells on the night of All Saints, without stopping, until dawn. To avoid fatigue, they ate panellets, typical Catalan sweet pastries made with almonds and pine nuts.

Since then, on 1 November Catalans eat chestnuts and panellets accompanied by Muscat. However, the influence of Halloween has meant that this tradition is usually celebrated during the night of 31 October.

On the days before and after this celebration, Barcelona bakeries and pastry shops offer panellets to their customers. In addition, in the most prominent points of the city there are chestnut trees and chestnuts stalls, where hot chestnuts are cooked and sold at street level to passers-by.

Emblematic patisserie located on Rambla de Catalunya which supplies sweets of all kinds, such as panellets, since 1929.

In the district of Sants-Montjuïc you will find a historic establishment run by four generations of pastry chefs with different recipes for panellets.

From October to March, you can buy chestnuts in one of the 30 chestnut stalls scattered throughout the city: La Rambla (Ciutat Vella), Príncep d'Astúries (Gràcia), Plaça de Sants (Sants) , Fabra i Puig (Nou Barris), etc.

Halloween is a festival dedicated to the walking dead that has its origin in an ancient Celtic festival, Samhain, and is celebrated on 31 October, coinciding with the vigil of All Saints. Despite being a foreign tradition, it is becoming more and more popular and more activities for adults are programmed. These activities have a clear horror theme and often they are unique experiences that cannot be missed.

Before and after this tradition, the most well-known areas of Barcelona are transformed into terrifying places.

Pueblo Español invite you to live a special Halloween from 1 to 3 November – they have prepared activities for the whole family, young and old.

The Tibidabo amusement park also dresses up for Halloween. In addition to the Hotel Krüeger, when the park closes to the public there are organised terror-themed parades.

In the centre of Barcelona there is a special museum for Halloween night, the Wax Museum. It’s been organising themed activities since 2014.

A few days before 31 October, Cemeteries of Barcelona organises night visits. One of the most popular is that of the cemetery of Poble Nou.

A different way to enjoy Halloween with friends is to visit a horror escape room like Jigsaw Escape Room, on Carrer Indústria, or Atropos, on Carrer Garrotxa.

Another interesting option is to go to one of the movie theatres in Barcelona to watch horror movies. Filmax Cinemas Gran Vía usually offer marathons around these dates.

Once you have celebrated the Castanyada and Halloween, you can stay in one of the various hostels that the city offers, such as the Pere Tarrés Barcelona hostel. It is one of the cheapest areas of the city to spend the night and one of the best situated: next to Sants station!

Enjoy the Castanyada and Halloween in Barcelona and forget about train schedules. Focus on the fun and get a good night’s rest in a hostel once you’re done enjoying the scariest night of all.