10 secret places in Barcelona you didn't know about 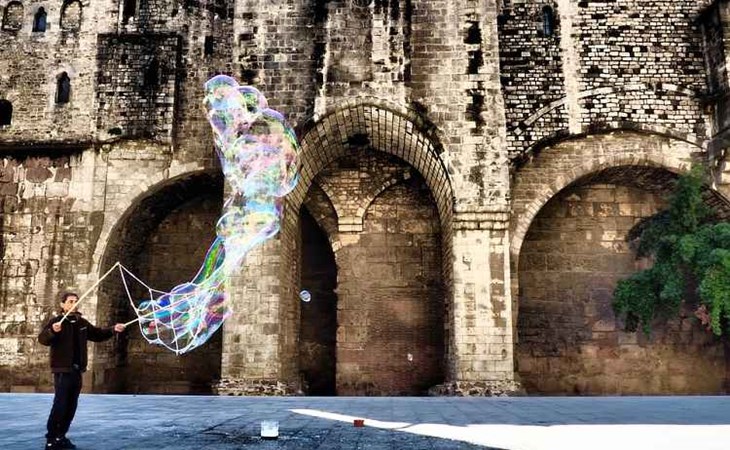 Barcelona has many magical hidden corners that don’t appear in tourist guides. It’s an ideal city for explorers and adventurers. Join us on this trip through Barcelona’s secret places.

These are places that go above and beyond Gaudí and all his building across the city. They are charming little corners, unknown by mass tourism and ready for a restless mind like yours to be discovered.

1.- Museum of Illusions. Located in the central Barcelona neighbourhood of Raval, it is the first museum of its kind to open in Europe outside of Russia. In this museum you can surprise yourself with optical illusions and visual games. The first museum in Europe of these characteristics. Pro tip: don’t forget to bring your camera!

2.- Tamarita Garden. At the headquarters of the Blanquerna Foundation of the Ramon Llull University, on Avinguda Tibidabo, there’s a wonderful garden to discover. A green area in Barcelona with excellent biodiversity: myrtle, henna, laurels, pittosporum, jacarandas, cypresses, lime trees, bamboos, etc. The Tamarita gardens are an example of a private garden adapted as a public space.

3.- Plaça Sant Felip Neri. In the Gothic quarter and a few meters from the cathedral you will find one of the most beautiful squares in Barcelona, and with a long, fascinating history. The holes in the walls remind us of the bombings that affected the city during the Spanish civil war.

4.- Air Raid Shelters. The civil war is one of the most momentous events that affected the city of Barcelona. A direct testimony of the bombings are the anti-aircraft shelters scattered throughout the city. At that time about 1400 were built in Barcelona alone. One of the best preserved is that of Plaça del Diamant, in the neighbourhood of Gràcia.

5.- The Kiss of Death sculpture (Poblenou Cemetery). A statue in Poblenou Cemetery wants to show us how death doesn’t have to be traumatic. On the contrary, it can be as sweet as a kiss.

6.- The cloister of the Monastery of Santa Ana. When in Plaça de Catalunya, one rarely thinks to enter this monastery. There are so many stimuli around and so much to offer tourists that this monastery goes unnoticed. Just a few meters from this square there is a monastery with a wonderful cloister.

7.- Clandestine bars and restaurants. In big cities like London or New York this concept is widespread. In Barcelona you will also find these places that are full of surprises. The Chi-ton is a restaurant located at number 300 on Carrer Provença and is accessed through a souvenir shop.

9.- L’Antic Teatre. In the Born district there is a restaurant in an old open-air theatre. It stands out for its large interior terrace and the majestic tree in its centre. The bar is the main source of funding for the Social and Cultural Centre, as well as a meeting place for artists and one of the most charming places in the city.

10.- Barça emblem in Santa María del Mar. This famous church in Barcelona boasts great beauty that is easily comparable to the Cathedral or the Sagrada Familia. In addition to all its architectural charm, it reveals a curious detail in one of its windows: the Barça emblem. A unique element that is a must-see for fans of this football club.

If you wish to discover the secret places in Barcelona, we recommend that you spend at least one night at the Pere Tarrés hostel in Barcelona, very close to the most unknown corners of the city.